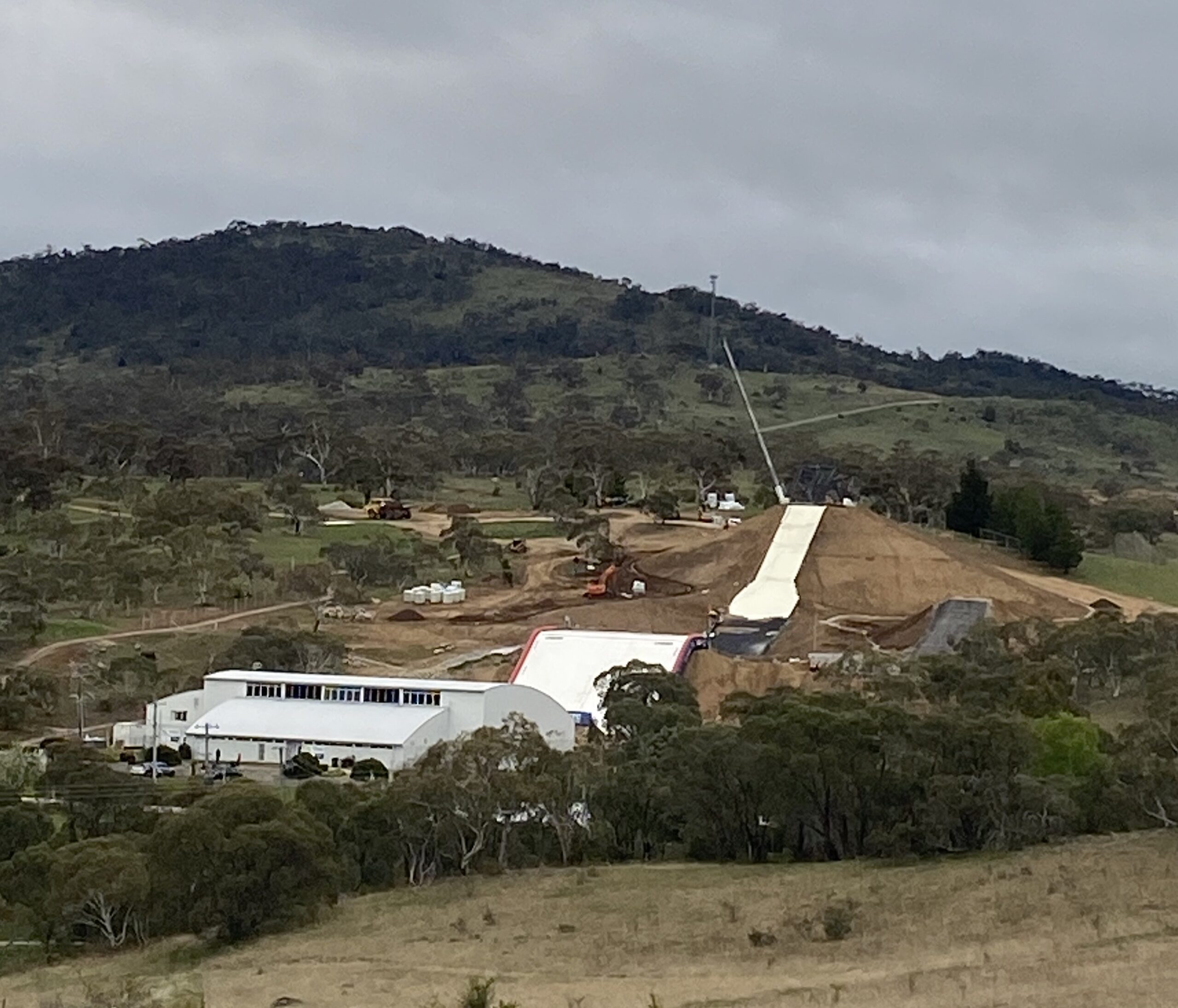 Did you know that Jindabyne will soon have a World Class Ski and Snowboard Training Centre?  The 5 million dollar complex had the Development Application passed by The Snowy Monaro Council back in August 2020 and Stage 1 is well under way!

The NSTC (National Snowsport Training Centre) will attract winter sports athletes from around the world and put Jindabyne firmly on the map internationally in the Winter Sports Development world.

However, a smaller “progression” airbag jump is part of Stage 2 of the development and will have two smaller take-offs of four metres and seven metres. The progression airbag is targeted to resort pathway programs like Perisher’s Winter Sports Club and Thredbo’s Mountain Academy.

The centre is located at the Jindabyne Sport and Recreation Centre along the Barry Way and will be open all year round, enabling our athlete’s to be at their peak at all times.  The construction of the dry slope airbag jump and the upgrades to the Sport and Rec centre (Stage 1) is a significant step towards establishing a permanent base for snow sport in Australia and will allow athletes access 365 days of the year.

Minister for Sport Geoff Lee said the NSW Government is committed to improving the quality and quantity of sports infrastructure in regional NSW.

“The dry slope at the National Snowsports Training Centre is going to give Australia’s best athletes the chance to train in their own backyard 365 days a year,” Mr Lee said.

“This project is part of a sports infrastructure construction boom across the State that is boosting employment in regional NSW as part of the NSW Government’s multi-billion-dollar infrastructure pipeline.”

The really exciting part of Stage 1 is the airbag technology.  This addition will allow Slope Style and Big Air competitors an outlet to perfect their tricks before going on snow which will greatly reduce the risk of injury. With the facility based in Jindabyne athletes can train on the safety of the dry slope and then just a short drive away they can be on snow.  It is a really appealing option for everyone.

There are big things planned for along the Barry Way.  The growth of Jindabyne and the Snowy Monaro area will see increased infrastructure and economic growth.  There is an Education Campus planned for nearby the NSTC comprising of a High School and Primary School hopefully opening in 2023.  The jobs created by these new developments will assure the continual growth of the region.

Jindabyne has so much to offer.  Natural beauty, access to two of the biggest ski resorts in Australia, the beautiful Lake Jindabyne, great restaurants, shops and shopping and now the addition of a World Class Training Centre!  With Stage 1 planned to open in 2021 the future looks exceptionally bright for our lucky athletes!