When many people think of The Snowy Mountains, they think of endless outdoor activities such as hiking, biking, horse riding and water skiing. And it is true that Kosciuszko National Park and its surrounds are an outdoor enthusiast’s paradise!

But Australia’s premier alpine national park is also home to the Snowy Mountains Hydro Electric Scheme which is one of the greatest engineering feats of our modern time. The many fascinating historical, social and physical aspects of ‘The Scheme’ provide endless opportunities for sightseeing and learning, and all within the spectacular surrounds of Kosciuszko National Park.

From as early as the 19th century, European explorers saw the opportunity to capture water from the Snowy, Murrumbidgee and Tumut rivers that would naturally flow east of the Great Dividing Range, and divert it west of the divide into the developing farm lands. It wasn’t until early in the 20th century that governments started to seriously contemplate a scheme that could achieve this, and realised that hydro-electricity could also be generated at the same time. They were initially hampered by the fact that it would take the cooperation of two states – Victoria and New South Wales – as well as input and funding from the federal government. Eventually legal, logistical and clerical problems were overcome, advancements were made in engineering, and in 1949, the first blast was detonated at Adaminaby.

The Scheme was completed on time and under budget, which is relatively unheard of today! In the 25 years it took to build, 80km of aqueducts, 140km of tunnels, 16 dams, 7 power stations and 2000km of roads were constructed. Because 98% of The Scheme is underground, there was a lot of tunnelling, often through solid granite, which meant that the work was dirty, wet, noisy, smelly and dangerous. 121 men died on The Scheme, and many say that there were more unreported deaths.

Many of these men were new Australians. Because Australia did not have the expertise at the time for such an ambitious project, many companies from Europe were approached to tender for various parts of the construction. Over 25 years, more than 100,000 men from over 30 different countries worked on The Scheme. Remember that this was immediately post World War II, and one would expect that tensions amongst workers would have been high. Besides some early squabbles between some German and Polish workers, the atmosphere was largely congenial. Most workers were glad to be away from post WWII Europe and were focussed on working hard and enjoying their new life in Australia.

65% of the workforce were from countries including Germany, Greece, Poland, Yugoslavia, Norway, Italy, Ireland and Great Britain. Many men brought their families with them, and the women had to endure the harsh, often sub-zero conditions of the the high alpine. Whole villages were constructed and often included a church, community hall and a school. When work was completed in one area, the whole village was dismantled and moved on to create the next new ‘town.’

Work on The Scheme was finished in 1974, at a cost of $820 million (the equivalent of $6.5 billion today). Many of the European workers stayed on in the Monaro, and some were instrumental in the creation of the modern ski industry of the area. Cooma, which was a sleepy farming town prior to The Scheme, ballooned to a population of over 10,000 replete with bars, night clubs and ‘exotic’ food! It is still said today that Cooma was the birthplace of multicultural Australia.

The Scheme greatly increased the pool of engineering expertise available in Australia, as well as creating several Australian ‘firsts.’ Snowcom was built by the University of Sydney, and was Australia’s first transistorised computer, and the first of a dozen or so computers worldwide. A new system of Rockbolting was developed for use across the ceilings of tunnels that proved to be cheaper and safer than using concrete to support tunnel walls. The Scheme was also the site of the introduction of compulsory seat belts in vehicles, 10 years before the rest of Australia. This quickly proved to be necessary to protect workers from serious injury while operating vehicles in very mountainous terrain.

The Scheme is endlessly fascinating, and while you are in Jindabyne, you can visit museums about The Scheme, sites that are part of the history of The Scheme, and infrastructure that was built during The Scheme and is now managed by Snowy Hydro. The touring route that takes you past most of these places can be seen in the map below. To just drive the whole route would take several hours, so it is best to break it up into a few day trips, and also catch a couple of the sites on the way back home.

Places to visit on The Snowy Hydro Scheme 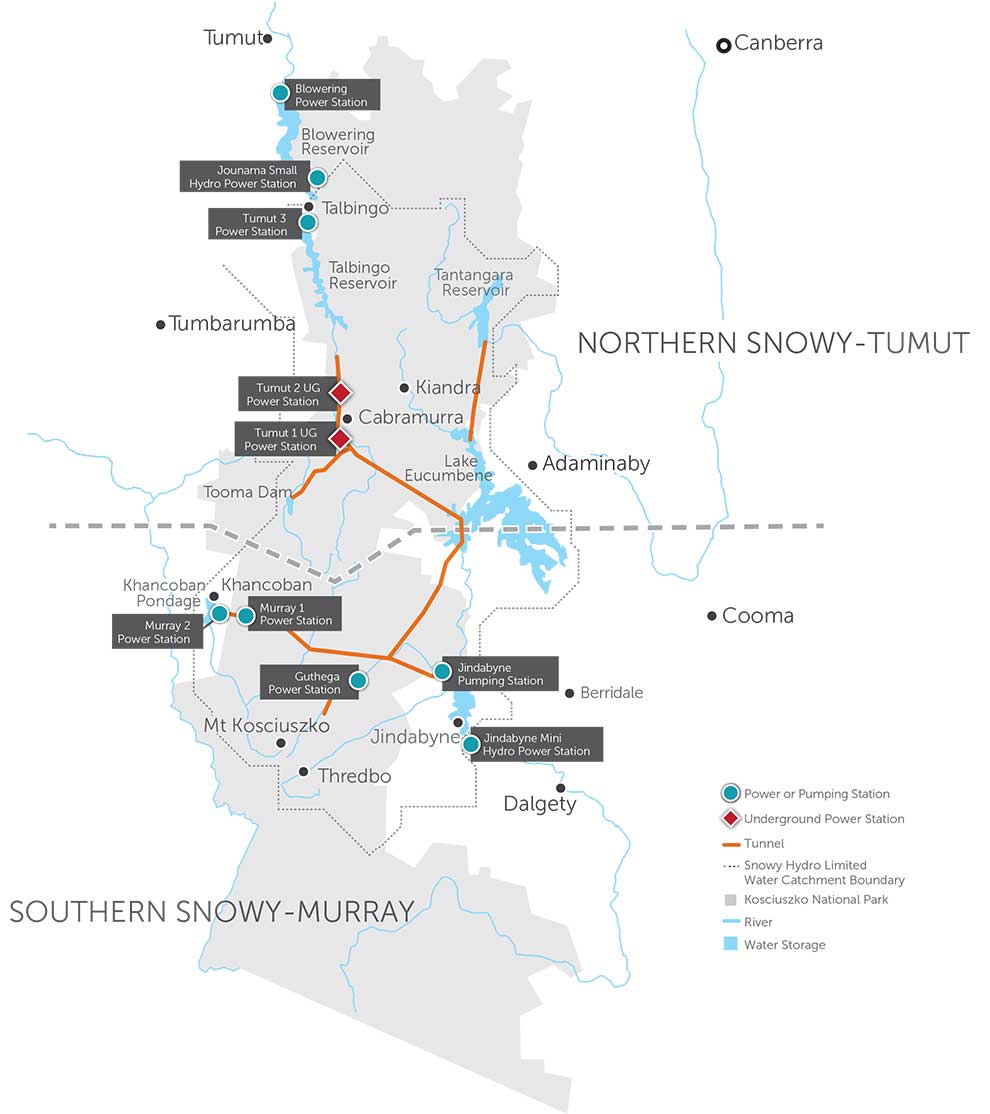 The construction of Jindabyne Dam started in the first year of The Scheme – 1949. A large camp was built beside Jindabyne town to house the workers, and in 1953 the camp ‘closed’ and was moved to Tumut. The Snowy Authority had learnt many lessons from the moving of the town of Adaminaby, and in 1961 planning of new Jindabyne commenced. Only a few houses were moved up to the new site, but the whole cemetery was moved! Other houses were demolished, the bridge was blown up, and in 1967, inundation began. With the damming of the ‘Mighty Snowy’, the river was reduced to 1% of its natural flows; something that would not happen today with our increased environmental awareness.

The Jindabyne Dam wall is 72m high, and the lake is the fourth biggest in The Scheme at nearly 700,000 mega litres. Lobbying from many groups earlier this century, resulted in environmental flows of 27% (of the river’s natural flow) being legislated by government and managed by Snowy Hydro. The plume of water emanating from the dam wall during releases is quite a spectacular sight. There is a great viewing platform on top of the dam wall looking north. When you are driving out of Jindabyne towards Cooma, you can pull off to the right, immediately after the dam wall, and walk back over to the north side of the road to the paved viewing area. Alternatively, you can walk 3km along the dirt track from Poo Bay, just behind the Bowling Club, off Cobbon Cr.

The Waste Point Surge Tank is 13.7km from Jindabyne, and its Surge Tower is a prominent landmark on the Kosciuszko Road. The tank and tower relieve water pressure from the pipeline between Island Bend and Lake Jindabyne. It can be hard to enter the reserve coming from Jindabyne, so it is best to enter on your way back down the hill from Perisher or Charlotte Pass.

22km along Kosciuszko Rd from Jindabyne, you will see the turn off to Guthega (Guthega Rd). 5km along this road, you will come to Island Bend Campground. This is the site of the Island Bend township, established in 1952 and demolished in 1966-68. The township was constructed to house the families of men working on the power station at Island Bend and Guthega Dam. There is not much left of the once bustling town that comprised of houses, roads, a community hall and a church. Island bend is also the site of one of the most infamous accidents of The Scheme, where three men were caught in liquid concrete and died.

At the end of Guthega Rd is the small ski resort village of Guthega (part of Perisher Resort) and Guthega Pondage. The dam at Guthega, on the upper reaches of the Snowy River, was the first in the Scheme to be built. Because it was the first, Australia still lacked some of the engineering expertise required, and the Norwegian company Selmer Engineering won the contract. Selmer had extensive experience in similar projects in Norway, where all power is hydro-electric. The Norwegian workers however were not happy with the conditions they encountered – tents as shelter, no hot showers, and margarine instead of butter! The first electricity of the Scheme was generated at Guthega Power Station in 1955 when the Prime Minister, Robert Menzies, opened the intake valves to start up the turbines. This intentional early production of electricity helped to dispel public doubts about the cost of the project.

In 1997, the NSW government and the Victorian State Electricity Commission joined to form Snowy Hydro Trading in order to sell electricity to the National Energy Market. They were joined in 2000 by the Commonwealth Government, and in 2002, Snowy Hydro was corporatised to form Snowy Hydro Limited which now operates and maintains the Snowy Mountains Scheme; recognised as one of the modern civil engineering wonders of the world.

The Snowy Hydro Discovery Centre is a fabulous facility on the north side of Cooma, which houses an extensive photographic collection, models, exhibits and interactive displays about The Scheme’s engineering, history, water management, power generation, the National Electricity Market and the new Snowy 2.0 project. The knowledgeable staff run Visitor Experience Sessions every half an hour from 8am to 4pm. They also have some of the best coffee in town!

Located in Adaminaby, this wholly volunteer created and run museum of the history of The Scheme is a must-see. In three large halls, they have a collection which comprises of machinery, historic vehicles, artworks, photographs, maps, plans, paper records, small tools and equipment, medical equipment and domestic items of The Scheme’s era.

While you are in Adaminaby, you can take a snap in front of the ‘Big Trout’, have lunch at the bakery, and buy local arts and crafts at the CWA shop. You can also see the old bank building that was transported from the old town, and the beautiful St John’s Anglican Church which was relocated brick by brick!

Further north west from Adaminaby, along the Snowy Mountains Highway, is the town of Talbingo. In the small shopping centre, you will find a Snowy Hydro display, and 5km past the village is Tumut 3 Power Station – the biggest in The Scheme. You cannot tour Tumut 3, but there are two fantastic viewpoints up a dirt road behind the power station. From the highest viewpoint, you look straight south down the mighty Talbingo Reservior, the southern end of which will be linked to Tantangara Dam via the Snowy 2.0 project.

The Snowy Hydro town of Cabramurra is quite a sight to see. The original camp was constructed in 1951 on the western side of the hill that now houses the lookout. Considering that the prevailing weather systems come from the south west, the more permanent town was built in a more ‘sheltered’ location. The roofs of the houses are a steep single pitch facing south west, which not only protects from the harsh winds, but also allows for the accumulated snow to quickly slide off.

Cabramurra has a visitor information centre, souvenir shop, café and bistro that are open to the public. It is definitely worth a stop on your way between Kiandra in the east, and Khancoban or Tumbarumba in the west.

The visitor centre at Murray 1 Power Station has been undergoing renovations for the last few years. In the interim, Murray 2 Power Station near Khancoban has been hosting visitors and providing a very informative and interesting tour of the facility. Tours are free and are held at 11am and 2pm daily.

Touring The Scheme has something for everyone, so come and see us to experience The Scheme for yourself. Enjoy the attractions of one of the modern engineering wonders of the world, and all while touring through one of the most spectacular national parks in Australia! 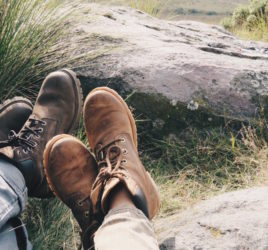 Top 10 Things To Do In Jindabyne 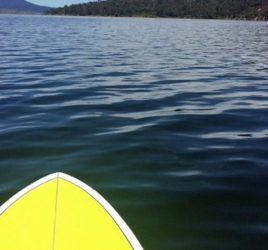 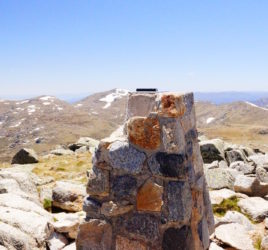