Wombat Found Guilty In A Series Of Home-Invasions

A rogue wombat dubbed ‘Mr Bat’ has been detained after terrorising a community for 12 months in a series of home invasions via cat flaps.

The furry animal’s rampage through Longford, a small close-knit community in Tasmania, ended on Monday when authorities managed to catch him.

For a year, Mr Bat has entered homes and ransacked them. The looter would raid fridges, make beds out of cushions, tunnel under fences and just before exiting the premises he would eat all the cat/dog food.

One of the first clues in the “who done it” investigation of the home intruder came from Bev McGee who was first visited by Mr. Bat about a year ago.

Mr. Bat made his way into the back entrance of her house where a couch was set up. He pulled off all the cushions he didn’t like, and made a comfy bed for the night amongst his chosen cushions.

“We got up the next morning and there’s cushions and rugs strewn everywhere and muddy paw prints on the cushions,” she said.

As Mr. Bat got more confident in his pursuits and started coming into more resident’s homes, eventually he was spotted in the act. In the middle of the night local residents were awoken by the sound of rustling noises inside their homes only to be greeted by a wombat in the hallway or at their fridge snacking on lettuce and carrots.

Northern Midlands Councillor Matthew Brooks is one of the many victims who had their home broken into, he told authorities that the male wombat was named Mr. Bat by fellow residents. Mr. Brooks said the wombat was living in council pipes during the day and visiting residents’ after dark, entering homes through cat and dog flaps.

Mr. Brooks said his well-manicured lawn was a favourite snack of Mr. Bat’s. He had his first run-in with the wombat 3 months ago when he caught Mr. Bat snacking on his lawn

Despite his behavior, Councillor Brooks said the wombat was not aggressive at all and the four-legged thief was ‘quite a cute sight’.

It didn’t bother the residents in Longford having the mischievous wombat making himself at home in their small community, however they were all concerned that he may get run over by a car or attacked by a dog. With animal welfare in mind, Tasmania Parks and Wildlife Service caught the wombat and relocated him to Cradle Mountain where there is an abundance of fellow wombat buddies.

Mr. Bat is now living at Cradle Mountain, but he has left behind a trail of ruined pillows, empty pet bowls, raided fridges, muddy paws and fond memories. 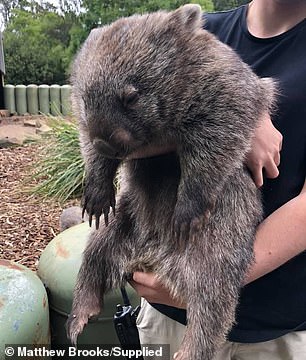 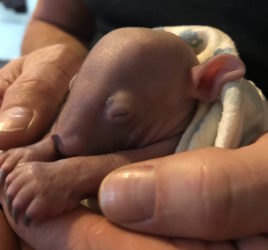 A Day In The Life Of Bubba Rosso 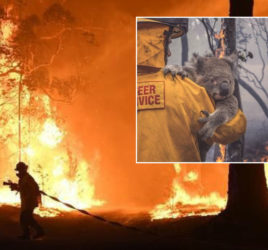 Mate-ship Is Alive During The Australian Bushfires: A Few Heart-warming Stories 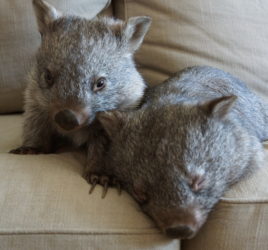 Baby Wombats At The Jindy Inn